This is an important notice regarding the Digital Millennium Copyright Act (“DMCA”). The DMCA has “safe harbor” provisions that may shield online service providers from copyright infringement liability with respect to content that is posted or uploaded on a website by others.

In order to seek to take advantage of this “safe harbor” protection, online service providers must designate an agent that will receive notifications of claimed copyright infringement with respect to user-generated content on their web sites. If you have designated an agent for this purpose in the past, please note that any designation that was made using the U.S. Copyright Office’s former registration system will automatically expire on January 1, 2018. Therefore, it is critical for online service providers to file a new designation before the end of 2017.

On June 19, 2017, the Supreme Court issued a landmark opinion, holding that the First Amendment’s right to free speech extends to trademark protection of words and phrases that are purportedly offensive.

For over half a century, trademark law prohibited registration of marks that were prejudicial to or could otherwise be deemed disparaging to certain groups or people.  Significantly, however, in Matal v. Tam, 137 S. Ct. 1744 (2017), an Asian-American band specifically chose the name “Slants,” believing “that by taking that slur as the name of their group, they [would] help to ‘reclaim’ the term and drain its denigrating force.”  Id. at 1751.  After the en banc Federal Circuit found that the disparagement clause under the Lanham Act was facially unconstitutional, the United States Patent and Trademark Office filed a petition for certiorari, which the Supreme Court granted in order to weigh in on the disparagement clause at issue, and whether the proposed trademark was official words endorsed by the government, or conversely, words of a private person.

In its unanimous decision, the high court answered this question by declaring that “[t]rademarks are private, not government speech…[and] [t]he public expression of ideas may not be prohibited merely because the ideas are themselves offensive to some of their hearers.”  Id. at 1760 (internal citation omitted).  The Court also expressed concern with broadening the government speech doctrine, and in affirming the Federal Circuit’s judgment, held that that “if private speech could be passed off as government speech by simply affixing a government seal of approval, government could silence or muffle the expression of disfavored viewpoints.”  Id. at 1748.

Tam may very well have wide reaching effects.  While the Supreme Court made clear that a word or phrase in a trademark registration will not constitute government speech, the aftermath of this decision could give rise to various potentially “offensive” or “disparaging” trademark applications, which may ultimately rest with the consumer in determining whether to accept or reject the mark in its use in commerce.

Because many issues can arise in applying for a trademark, Malloy and Malloy, P.L’s knowledgeable and experienced intellectual property attorneys are ready to advise and guide you along the way from an application through registration, and subsequent enforcement measures. 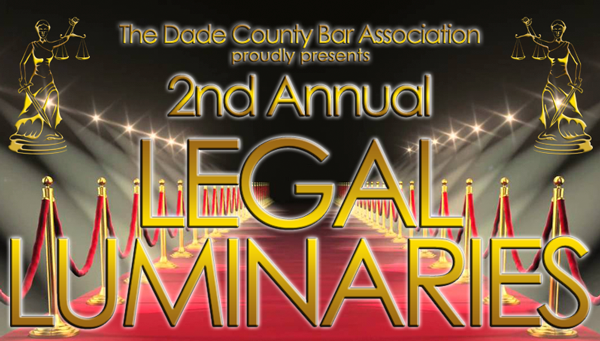 Firm Senior Counsel John Fulton will provide “Office Hours” consultations on July 27from 6 to 8 pm at the #ThursdayGathering of the Venture Café Miami and The Venture Café Foundation, part of a global partnership to promote gatherings of the start-up community.

In May of 2017, the U.S. Court of Appeals of the Federal Circuit in Helsinn Healthcare, S.A. v. Teva Pharmaceuticals USA, Inc., 855 F.3d 1356, clarified, to some extent, the scope of the on sale bar under the America Invents Act (AIA). The on sale bar invalidates a patent and is triggered if the invention is sold or otherwise offered for sale more than one year prior to the date of the filing of a patent application.

Helsinn owned four related patents (three pre-AIA and one post-AIA) covering a formulation of palonosetron, a drug for cancer patients that treats nausea. Approximately two years before filing a patent application at the USPTO, Helsinn entered into two different agreements for the purchase of the drug with MGI Pharma, Inc. The agreements did not specify whether the drug’s dosage would be 25 mg or 75 mg. Further, the agreements were contingent upon obtaining FDA approval for the drug.

Subsequently, Teva filed an Abbreviated New Drug Application (ANDA) for a generic equivalent of palonosetron. Helsinn sued Teva for patent infringement under the Hatch-Waxman Act. The trial court found that under the AIA, a secret sale does not invalidate patent, and that the disclosure of the patent needs to be made public to trigger the on sale bar.

On appeal, the Federal Circuit found that all four patents were invalid both under the pre-AIA and post-AIA versions of the one sale bar. The Federal Circuit held that a sale of the patented goods had occurred and that the fact the agreements were contingent upon obtaining FDA approval did not alter this result. Under Pfaff v. Wells Electronics, Inc., 525 US 55 (1988), the on sale bar is triggered if an invention is the subject of a “commercial sale” and is also “ready for patenting.” Traditionally, courts have looked to the UCC to determine if there has been a commercial sale.  With regard to the second prong of Pfaff, an invention is ready for patenting when there is actual reduction to practice or when there are appropriate disclosure for an ordinary person skilled in the art to practice the invention.

In 2014, the Wisconsin Alumni Research Foundation (WARF) sued apple for infringement of U.S. Patent No 5,781,752 (the ‘752 Patent). In a related proceeding, the USPTO declined to institute an Inter Partes Review (IPR) brought by Apple to invalidate the ‘752 Patent. The ‘752 Patent is directed to computer architecture technology that can optimize processor performance. Specifically, a “predictor circuit” may anticipate user instructions based on previously stored data. WARF had alleged that its patented technology was being used on several products made by Apple, including the iPhone. In July of 2017, a U.S. District Judge in Wisconsin, William M. Conley, ordered Apple to pay over $506 million for infringement of several claims of the ‘752 Patent.

In October of 2015, following a two-week trial, a jury issued an award of over $234 million against Apple. Judge Conley’s order adds another $282 million in supplemental damages, ongoing royalties, interests, and costs. The order specified supplemental damages at the rate of $1.61 per infringing unit sold after October 26, 2015, and ongoing royalties at the rate of $2,74 per infringing unit thereafter and until December 26, 2016, the date expiration of the ‘752 Patent. The $282 million stem from Apple’s alleged continued infringement of the ‘752 Patent after the Jury’s award in October of 2015.