Firm Senior Counsel, John Fulton, was selected as a member of the Host Committee for “Band Together for Dade Legal Aid” on April 13th 2019. The event, celebrating Dade County Legal Aid’s 70th Anniversary, featured local bands made up of musical lawyers.  Band Together raised more than $30,000 to help underprivileged residents of Miami-Dade with civil legal services. 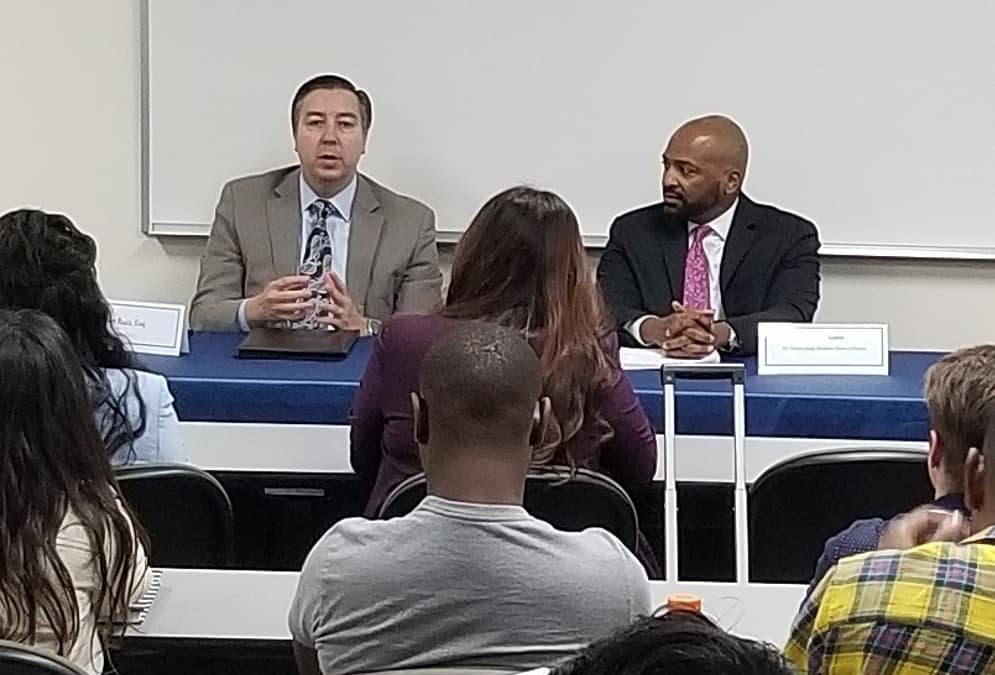 U.S. Supreme Court to Decide Whether It Is Constitutional for the U.S. Patent & Trademark Office To Refuse Trademark Registration For Immoral or Scandalous Marks

The clothing line appealed the U.S. Patent and Trademark Office’s decision to refuse its mark under Section 2(a) to the United States Court of Appeals for the Federal Circuit. The Federal Circuit affirmed the U.S. Patent & Trademark Office’s decision to refuse registration under Section 2(a) of the Trademark Act, but then ruled that Section 2(a)’s bar on immoral or scandalous marks is unconstitutional under the Freedom of Speech clause of the First Amendment. The Federal Circuit found that refusing registration of trademarks which the U.S. Patent & Trademark office finds immoral or scandalous results in content-based speech regulation, which is presumptively invalid under the Constitution. The government argued that Section 2(a) does not implicate the First Amendment because trademark registration is either a government subsidy program or a limited public forum, or in the alternative, is commercial speech that implicates only an intermediate level of scrutiny. The Federal Circuit rejected these arguments, and found that “trademarks convey a commercial message, but not exclusively so,” recognizing the “expressive content” of a trademark.

The Supreme Court is expected to hear the case this term.

U.S. Supreme Court to Decide Whether A Bankruptcy Trustee Can Terminate Trademark Licenses

The Supreme Court has agreed to review Mission Product Holdings Inc. v. Tempnology LLC, to address a Circuit Split on whether a bankruptcy trustee can terminate a trademark license agreement, thereby allowing a trademark licensee to lose their rights under the license contract. This decision could have a substantial impact on trademark licensees if the Court affirms the First Circuit Court of Appeal’s decision that a licensee loses its right to use a licensor’s trademarks if the licensor has filed a petition for bankruptcy and the trustee elects to reject the agreement pursuant to Section 365(a) of the Bankruptcy Code.

Section 365(a) of the Bankruptcy Code allows a bankruptcy trustee to assume or reject a debtor’s pre-bankruptcy executory contracts, depending on whether the benefits of continued performance of the contract outweigh the burdens to the bankruptcy estate. Under Section 365(a), a rejection is treated as a breach by the debtor if certain conditions are met. While the licensee is entitled to file a claim for damages in the bankruptcy action, that may be insignificant in light of the bankrupt state of the licensor.

The Supreme Court is expected to begin hearing arguments in the next upcoming months.

United States District Judge Carter recently held that a seizure of the Mongols Motorcycle Club (“MMC”) mark would violate the organization’s First Amendment rights, as well as the Eighth Amendment’s Excessive Fines Clause.  The logo at issue – shown below from the Court’s opinion – features a Genghis Khan caricature on a motorcycle with the words “MONGOLS” and “M.C.” prominently displayed in the logo.  Following a December 2018 trial, whereby the jurors found the Defendant Mongol Nation guilty of racketeering and conspiracy to commit racketeering (relative to murder, attempted murder and distribution of methamphetamine), the Government proceeded with the forfeiture phase of the trial requesting seizure of the organization’s ammunition, body armor, and firearms, as well as the trademark rights appurtenant to MMC membership.  Denying the Government’s request for seizure of the trademark, the Court first noted that “there is no doubt that the display of word marks or symbols on a body or leather vest is pure speech.”  United States of America v. Mongol Nation, Case No. CR-13-0106 (C.D. Cal. Feb. 28, 2019).  Further, “collective membership marks act as a symbol that communicates a person’s association with the Mongol Nation, and his or her support for their views.”  Id.  Thus, the Court held that “the forced transfer of the legal rights associated with these symbols to the United States government presents immediate harms and chills the Mongol Nation’s and its members’ right to display the marks given the Government’s threats and seizure attempts,” and therefore denied the seizure request on First Amendment grounds.  Id.

Next, the Court also analyzed the Government’s request for seizure of the MMC mark under the Eighth Amendment, which “limits the government’s power to extract payments, whether in cash or in kind, as punishment for some offense.”  Id.  Pointing out that the trademark was “legally acquired via first use in 1969 and [was] legally maintained via continuous use,” and that it has “immense intangible, subjective value to the Mongol Nation and its members,” the Court held that a forfeiture of the rights associated with the mark would otherwise be harsh and grossly disapproportionate, and denied the Government’s request as violative of the Eighth Amendment.

Orlando International Airport (“OIA”) officials recently filed suit against Orlando Melbourne International Airport (“OMIA”), which is located approximately 70 miles away from Orlando.  In the complaint filed in the Middle District of Florida, OIA claims that OMIA’s use of the word “Orlando” in its name and related advertisements “convey[s] the false impression that [OMNI] is the Orlando International Airport, or is located in or is closer to Orlando and Orlando area attractions than it actually is.”  In addition to seeking damages, attorneys’ fees, and a permanent injunction prohibiting OMNIA from using the word “Orlando” in its name, promotional materials, and related advertisements, OIA also requests that the Court order OMNIA to display a retraction statement on its website.  OMNIA has refuted OIA’s likelihood of confusion arguments, citing how Manchester-Boston Regional Airport uses the word “Boston,” while serving the same market as Boston Logan International Airport.