Jennie S. Malloy and John Cyril Malloy III were selected by their peers to be recognized in the 2020 Edition of The Best Lawyers in America, for Intellectual Property Litigation and other areas in the firm’s exclusive field of law. Both attorneys have been recognized at least ten times by Best Lawyers, one of the preeminent peer-reviewed listings of the best legal talent in the world. 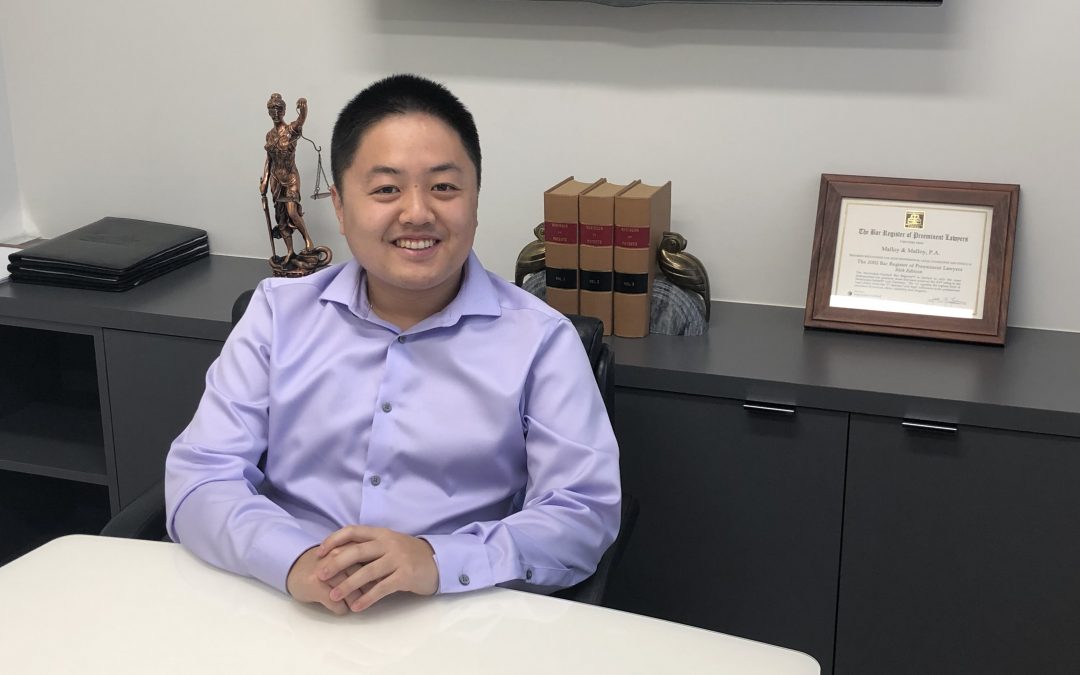 The Firm is pleased to announce the selection of this year’s recipient of the “John Cyril Malloy Intellectual Property Law Endowed Memorial Scholarship” for an outstanding student, Daniel Zhang, at the University of Miami School of Law.  By coincidence, Mr. Zhang has been a law clerk with the Firm’s patent department for several semesters, but he was independently nominated by the law school.  The Firm was pleased to endorse and confirm such a fine choice.  If you would like to contribute to this scholarship, you may do so here. (in “Designation,” click “Other” and enter full name of scholarship, as above).

The Seventh Circuit Court of Appeals recently held that Gatorade’s use of the phrase, “Gatorade The Sports Fuel Company,” constitutes fair use under the Lanham Act, and therefore did not violate SportFuel, Inc.’s (“SFI”) rights.  Plaintiff SFI is the owner of two registered trademarks for “SPORTFUEL,” and brought an infringement suit in 2016 against Gatorade for its use of the aforementioned slogan.  While Gatorade had also obtained a registration for its trademark, it disclaimed “THE SPORTS FUEL COMPANY,” and defended the lawsuit based on fair use.  The district court entered summary judgment for Gatorade, finding that it did not use “SPORTS FUEL” as a trademark, that Gatorade’s use was descriptive of its sports drinks, and that Gatorade used the mark in good faith.  On appeal, the Seventh Circuit affirmed the lower court’s ruling.  Among other things, the appellate court noted that Gatorade had introduced substantial evidence indicating that “sports fuel” was a marketplace term in describing nutritional sports products, and that Gatorade did in fact hold itself as a manufacturer of sport fuels (which undermined SFI’s alleged “bad faith” argument).

Multiple patent applications have purportedly been filed in several countries by a law school professor on behalf of an artificial intelligence named DABUS. While the applications are not yet open for public inspection, a website devoted to the project details the subject matter of the inventions as an improved food container and a signal beacon, both of which were “created” by the artificial intelligence. The project appears to be an attempt to challenge the definition of “inventor” under the patent laws of various countries, which are generally restricted to individuals. Ostensibly, the purpose of the filings is to create a “case or controversy” by identifying a machine as the “inventor” in order to draw an objection to the applications. Once an application is refused on that basis, the case may be ripe to seek judicial review of the statutory definition of “inventor.” Although, whether a machine has standing to appeal such an administrative determination is unclear, unless other interested parties are permitted to carry the suit.

Identifying a machine as an inventor raises a host of other issues pertaining to the ownership of an invention, inlcuding the right to sue for infringement or collect royalties. Such issues would likely require a legislative amendment, rather than a favorable judicial interpretation of the existing defintion of “inventor,” in order to avoid these kinds of ambiguities.