Firm Senior Counsel, John Fulton Jr, was featured in Miami Dade Legal Aid’s September Spotlight on Pro Bono Attorneys. Mr. Fulton has been providing pro bono services with “Dade Legal Aid/Put Something Back” since 2002. You can find a link to the post here. 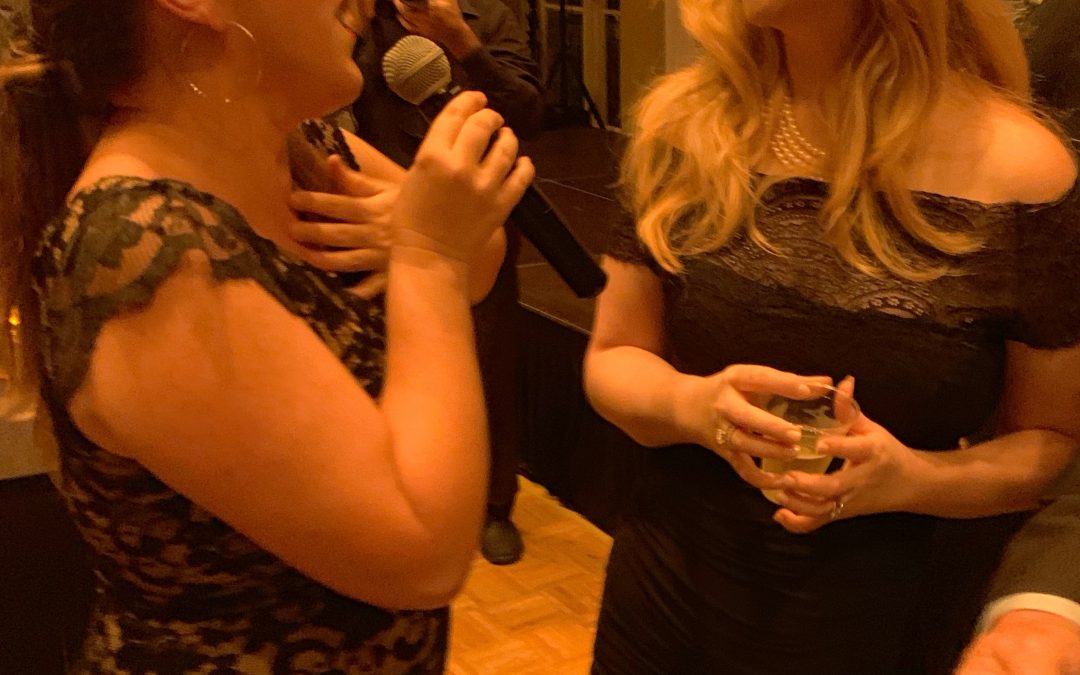 Firm Associate, Mary Beth Hasty, Sworn in as a Director of the Board of the Coral Gables Bar Association 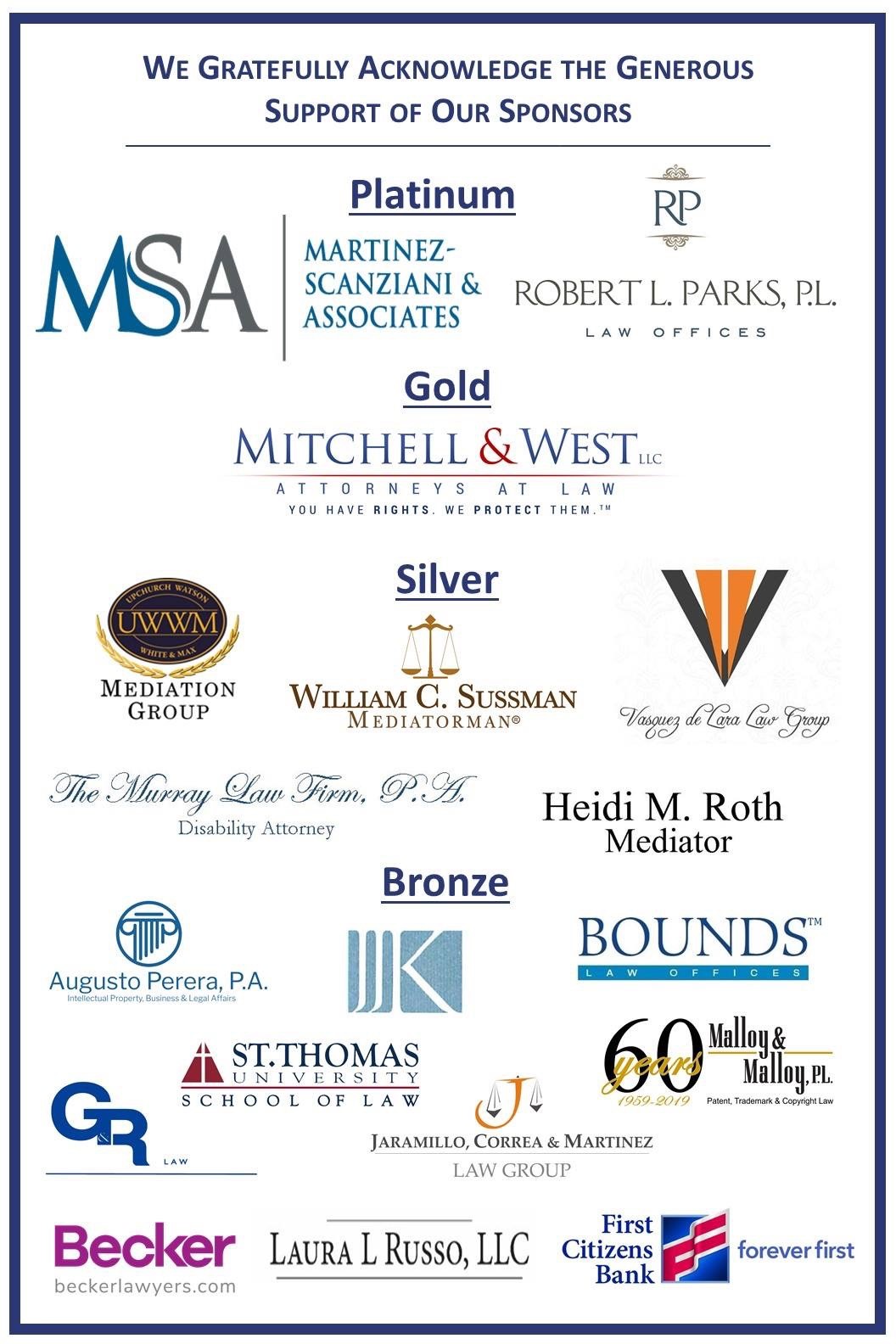 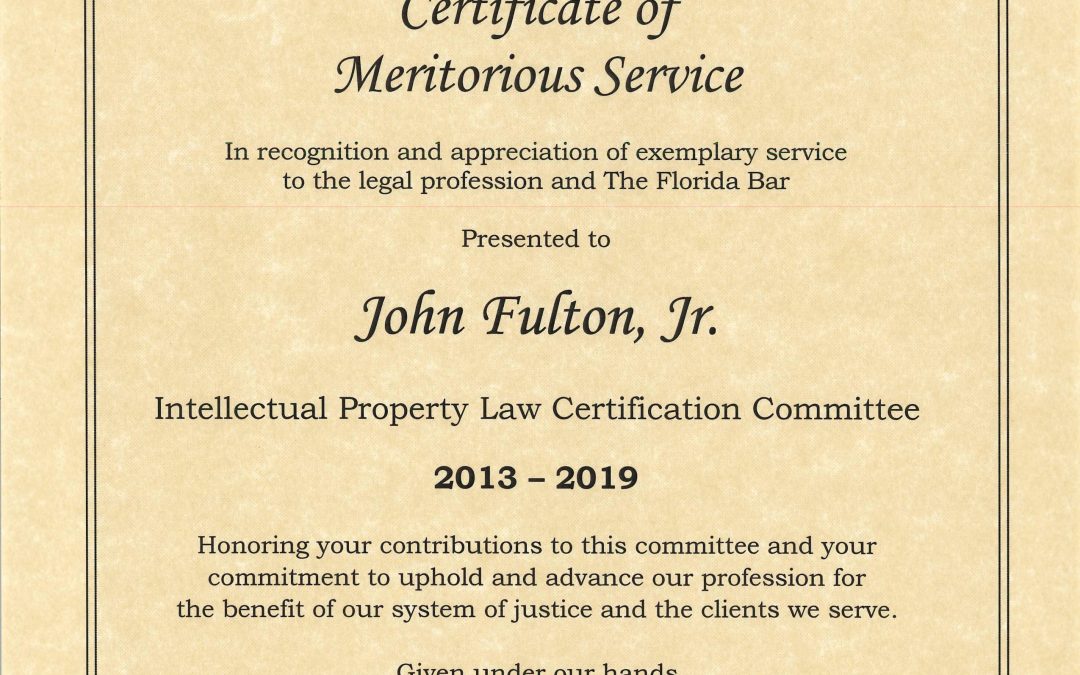 Firm Senior Counsel, John Fulton Jr., received a Certificate of Meritorious Service from The Florida Bar for his years of service to the Intellectual Property Law Certification Committee.

Earlier this year, Anheuser-Busch launched an advertising campaing for its “BUD LIGHT” brand of beer which emphasized that the light beer is not brewed with corn syrup. Competitor Miller-Coors filed a lawsuit alleging that the campaign constitutes false advertising and unfair competition, not because it infers that “MILLER LIGHT” is brewed with corn syrp, which is true, but because consumers may mistakenly believe that the product contains high fructose corn syrup. A federal judge has agreed that Miller-Coors has made a preliminary showing of success, and has ordered that Bud Light must phase out this packaging and advertising campaign until the dispute is resolved.

On Wednesday, September 11, 2019, the USPTO refused the trademark application filed by LBJ Trademarks, stating that TACO TUESDAY  “is a commonplace term, message, or expression widely used by a variety of sources that merely conveys an ordinary, familiar, well-recognized concept or sentiment.”  However, the USPTO’s decision was not treated as a loss for the James’ camp.  In fact, a spokesperson claimed that the rejection was the intended result:  “Finding ‘Taco Tuesday’ as commonplace achieves precisely what the intended outcome was, which was getting the U.S. government to recognize that someone cannot be sued for its use.”  Under that approach