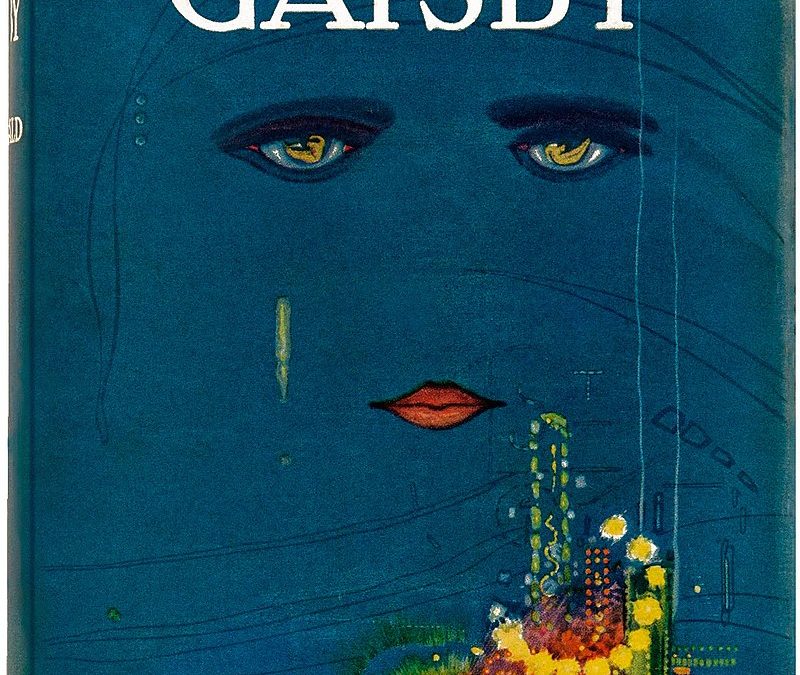 The Great Gatsby is the well-known 1925 novel written by F. Scott Fitzgerald. The novel is based on the narrator Nick Carraway’s interactions with mysterious multimillionaire Jay Gatsby during the Roaring Twenties.1 Most recently, this novel was adapted into a film with American actors Leonardo DiCaprio and Toby Maguire in 2013.

As of January 1, 2021, this novel entered the “Public Domain.”2 Entering the Public Domain enables low cost, if any, access to previously U.S. Copyright protected work to use and build upon without acquiring a license or paying royalty fees. The duration of current copyright law protects works for the life of the author plus 70 years after the author’s death. The 1998 Copyright Term Extension Act (also known as the Mickey Mouse Protection Act) extended the length of protection for works published between 1923 and 1977 by an additional 20 years, 95 years in total, such as The Great Gatsby. What benefits does work in the public domain provide? The public domain promotes innovation, creation, and education.

Earlier this month, the Supreme Court of the United States (SCOTUS) denied certiorari for a Petition seeking the Justices clean up the legal “chaos” over the protection of fictional characters under U.S. Copyright Law.  In the November Brief in Opposition, Respondents alleged “[t]he petition’s premise is false.  There is no chaos.  Instead, there is striking coherence and comity among the circuits, which freely cite each other’s decisions as a shared explication of a legal standard first articulated by Judge Learned Hand in 1930.”

In 2017, Denise Daniels and The Moodsters Company (Plaintiffs) brought suit against The Walt Disney Company (Defendant) in the U.S. District Court of Central District of California.  See Denise Daniels and The Moodsters Company v. The Walt Disney Company, et al, 17-CV-4527 PSG (SKx) (C.D. Cal. 2018).  In its complaint, the Plaintiffs’ alleged copyright infringement of the individual characters and the ensemble of characters “The Moodsters”, a cartoon world populated by characters that embody individual emotions, to help children understand and regulate their emotions.  Each Moodster is color-coded and anthropomorphic, and each represents a single emotion: happiness (yellow), sadness (blue), anger (red), fear (green), and love (pink).  In the 2015 film Inside Out, Disney Pixar introduced the public to anthropomorphized emotions living inside the head of an 11-year-old girl featuring five color-coded emotions as characters—joy (yellow), sadness (blue), anger (red), fear (purple), and disgust (green).  The District Court granted the Defendants’ Motion to Dismiss after finding the Plaintiffs’ characters lacked “specific traits on par with those of the iconic characters” that had achieved independent copyrightability, such as Sherlock Holmes, Tarzan, Superman, and James Bond.

Although characters are not an enumerated copyrightable subject matter under the Copyright Act, see 17 U.S.C. §102(a), there is a long history of extending copyright protection to graphically-depicted characters.  See, e.g., Olson v. Nat’l Broad. Co., 855 F.2d 1446, 1452 (9th Cir. 1988); Walt Disney Prods. v. Air Pirates, 581 F.2d 751, 755 (9th Cir. 1978).  Characters standing alone are not entitled to copyright protection absent the character (1) having “physical as well as conceptual qualities,” (2) being “‘sufficiently delineated’ to be recognizable as the same character whenever it appears,” AND (3) being “‘especially distinctive’ and containing ‘some unique elements of expression.’”  See DC Comics v. Towle, 802 F.3d 1012, 1020-21 (9th Cir. 2015).  Consistently recognizable characters like Godzilla or James Bond, whose physical characteristics may change over various iterations, but who maintain consistent and identifiable character traits and attributes across various productions and adaptations, meet the test. See Tono Co. v. William Morrow & Co., 33 F. Supp. 2d 1206, 1215 (C.D. Cal. 1998) (finding Godzilla is consistently a “pre- historic, fire-breathing, gigantic dinosaur alive and well in the modern world”), Metro-Goldwyn-Mayer, Inc. v. Am. Honda Motor Corp., 900 F. Supp. 1287, 1296 (C.D. Cal. 1995) (noting James Bond has consistent traits such as “his cold-bloodedness; his overt sexuality; his love of martinis ‘shaken, not stirred;’ his marksmanship; his ‘license to kill’ and use of guns; his physical strength; his sophistication”).

In 2020, the Ninth Circuit affirmed the District Court’s dismissal of the Plaintiffs’ suit because “lightly sketched” characters such as The Moodsters, which lack “consistent, identifiable character traits and attributes,” do not enjoy copyright protection.  See DC Comics v. Towle, 802 F.3d 1012, 1019, 1021 (9th Cir. 2015).  The Ninth Circuit found the notion of using a color to represent a mood or emotion is an idea that does not fall within the protection of copyright and that colors themselves are not generally copyrightable.  The Ninth Circuit concluded the Plaintiffs could not copyright the idea of colors or emotions, nor could she copyright the idea of using colors to represent emotions where these ideas are embodied in a character without sufficient delineation and distinctiveness.

The United Kingdom (“UK”) formally separated from the European Union (“EU”) as of December 31, 2020.  As such, starting January 1, 2021, the landscape of trademark protection across Great Britain and Northern Ireland is rather complicated.  Marks registered at the national level in the UK are not affected, but many brand owners have registered their marks exclusively through the EU Trade Mark (“EUTM”) system, previously known as the Community Trade Mark (“CTM”), with the expectation that protection would extend to the UK.  Others have registered their marks through the International Registration/ Madrid Protocol system, obtaining extensions to the EU, which also contemplated coverage in the UK.  However, as of January 1, 2021, EUTM registrations and extensions will no longer provide trademark rights in the UK.

Pending trademark opposition and cancellation proceedings in the EU Intellectual Property Office (“EUIPO”) also require close attention.  EUTM registrations, extensions, and pending applications that are the subject of non-final actions in the EUIPO may be candidates for cloning into UK registrations and applications, thereby requiring separate oppositions and cancellation actions in the UK.  Let the clone wars begin!

On Christmas Eve, the Girl Scouts of the United States of America (Girl Scouts) filed a 119-page Memorandum of Law in Opposition to the Boy Scouts of America’s (Boy Scouts) Motion for Summary Judgment. Read here.

The Girl Scouts brought suit against the Boy Scouts in 2018 in the U.S. District Court in Manhattan over unfair competition and trademark infringement regarding ongoing marketplace confusion caused by the Boy Scouts throughout the United States, and to prevent future harm to the famous GIRL SCOUTS brand. The Girl Scouts allege the level of confusion arises from the Boy Scouts’ use of terms such as GIRL SCOUTS, SCOUT, SCOUTS, SCOUTING, SCOUTS BSA and SCOUT ME IN to market its core programs to girls. The suit came after the Boy Scouts announced in 2017 that it would accept girls into its organization and changed its BOY SCOUTS program to SCOUTS BSA.

The Girl Scouts maintain it has used the trademarks SCOUT, SCOUTS and SCOUTING, unaccompanied by the word GIRL or another gender-specific modifier, in a number of ways: (i) in its earliest years, on or in connection with badges, program names, publications, posters and other communicative materials; (ii) for many years prior to 1994, and since 2018, as part of the registered SCOUT COOKIES trademark; (iii) as part of “Scouts’ Own,” a term that refers to a Girl Scouts ceremony; and (iv) on products like patches and t-shirts sold by Girl Scouts councils through Girl Scouts official online store. Moreover, the Girl Scouts assert it has reinforced its rights and policed the terms with respect to the Boy Scouts since at least the mid-1970s.

Ultimately, the Girl Scouts conclude the Boy Scouts’ marketing of expanded services for girls is “extraordinary and highly damaging to Girl Scouts” and has set off an “explosion of confusion” by children, parents, schools, religious organizations, and the general public.

The owner of an incontestable U.S. trademark registration for “LETTUCE TURNIP THE BEET” previously sued Redbubble Inc., an online print-on-demand webstore, for trademark infringement based upon its use of this phrase on t-shirts, tote bags, and other related goods.  The district court found in favor of Redbubble, ruling that consumers are not likely to purchase products and associate this phrase with a particular source; instead, consumers are likely to purchase goods with the “Lettuce Turnip the Beet” phrase because they find the phrase aesthetically pleasing.  The owner of the “LETTUCE TURNIP THE BEET” trademark registration appealed, but on January 20, 2021, the U.S. Court of Appeals for the Ninth Circuit affirmed the lower court’s ruling, finding that the mark was functional because it “improves the usefulness or appeal of the object it adorns.”

World Wrestling Entertainment (“WWE”) recently filed an opposition with the U.S. Patent and Trademark Office, contending that the soda line marketed under “Stone Cold Jones”, which is owned by the NFL’s Chris Jones, is confusingly similar and infringes upon the WWE’s trademarks, “Stone Cold Steve Austin” and “Stone Cold,” which are associated with the legendary wrestler Steve Austin.   The NFL’s Chris Jones contends that “Stone Cold Soda” is widely recognized and that there will be no likely of confusion, but the parties have nevertheless been engaged in settlement discussions since December of 2020.  On January 20, 2021, a thirty-day extension was filed with the USPTO, so that the proceeding would continue to be stayed while the parties explored the possibility of a resolution.

Federal Reserve Banks May Challenge Patents at the PTAB

Recent caselaw confirms that Federal Reserve Banks may petition the Patent Trial and Appeal Board (PTAB) to review a patent issued by the U.S. Patent and Trademark Office.

Last year, Bozeman Financial LLC appealed these rulings to the Federal Circuit and challenged the PTAB’s authority to decide the petitions, arguing that the Federal Reserve Banks are not “persons” under the America Invents Act (AIA).[2]

On January 22, 2021, the U.S. Patent and Trademark Office published a Request for Information (RFI) that is an extension of a previous RFI issued in November 2020. The notice states the following:

All members of the public are welcome to submit comments. Instructions for how to submit comments through the Federal eRulemaking Portal can be found in the RFI, which is available at  https://www.federalregister.gov/documents/2021/01/22/2021-01305/sovereign-immunity-study.

Note that all comments must be submitted on or before February 22, 2021.