Firm Attorneys named as “2021 Top Lawyers” by the SFLG

The Firm congratulates patent engineer and law clerk, Kelly Malloy, on her recent election as President of the Student Bar Association at the University of Miami School of Law. Ms. Malloy served as a Senator during her first year of law school, Executive Board Secretary during her second year, and will now serve as President of the student body for the 2021-2022 academic year. She is expected to take her Oath of Office on April 1, 2021.

According to the U.S. Patent & Trademark Office’s 2019-2020 Telework Annual Report, “[i]n 2019, more than 11,000 employees agency-wide are teleworking between one and five days per week. Of these, more than 7,000 employees work from home four to five days per week and have completely relinquished an assigned workspace at the USPTO facility.”[1] Now, in 2021, the USPTO operates with nearly all of its employees teleworking. “Today, in response to the pandemic, virtually all of our employees telework full time, and USPTO operations have been able to continue without interruption.”[2]

In light of the new telework regime, the USPTO is considering reducing the amount of its available office space.[3]

In late November 2020, the New York Times (“NYT”) brought suit against Time Magazine (“Time”) for trademark infringement, among other claims, in the U.S. District Court for the Southern District of New York. NYT alleged Time’s TIME100 TALKS was confusingly similar to its TIMES TALKS series. NYT alleged Time’s launched a “competing series of live and virtual recorded events consisting of conversations between journalists and leading talents and thinkers” in early 2020. See Case No. 1:20-cv-09787.

In mid-2020, Time filed U.S. Trademark App. No. 88/961,167 for TIME100 TALKS in connection with (Int’l. Class: 038) Streaming of video material on the Internet and (Int’l. Class: 041) Arranging, organizing, conducting, and hosting online educational and entertainment events; providing a website featuring non-downloadable videos. A few months later, and before the suit, an Examining Attorney at the U.S. PTO refused to register the mark on a likelihood of confusion basis with U.S. Trademark Reg. Nos. 2,475,639, 3,697,025, and 4,179,358 for TIMES TALKS, owned by NYFT.

NFT dismissed the suit with prejudice, and the suit settled in late February 2021. Time’s trademark application became abandoned on March 02, 2021.

In 2019, Virginia Urology Center, P.C. (“Registrant”) filed a trademark application at the U.S. Patent and Trademark Office (“PTO”) for VASECTOMY MAYHEM in connection with (Int’l. Class: 044) “Physician services; medical services, namely, treatment services in urology for adults; medical evaluation services, namely, functional assessment program for patients receiving urological treatment services for purposes of guiding treatment and assessing program effectiveness; urologic surgery”. This mark became registered on September 01, 2020, Reg. No. 6,143,370. On February 4, 2021, the National Collegiate Athletic Association (“NCAA”) filed a Petition for Cancellation before the U.S. PTO’s Trademark and Appeal Board (“TTAB”) based on priority, likelihood of confusion, and dilution by blurring. In support of its Petition, the NCAA cited numerous of its trademark registrations for MARCH MAYHEM, MARCH MADNESS, and MUNCH MADNESS (the majority which have achieved “incontestable” status).

Declarations of Use Required for Mexican Trademark Registrations

The changes will help clear out unused trademarks from the register in Mexico. This type of “use it or lose it” regulation has long been the case in the United States and will likely lead to a reduction in trademark piracy.

This week, Nike filed suit against MSCHF, a Brooklyn-based streetwear company, in the Eastern District of New York for trademark infringement, false designation of origin, trademark dilution, and unfair competition. In collaboration with popular rapper Lil Nas X, who is widely known for his chart-topping hit “Old Town Road,” MSCHF launched their “Satan Shoes” on March 29, 2021. The Satan Shoes, which are unauthorized by Nike, consist of a genuine pair of Nike Air Max 97 sneakers modified by MSCHF with a host of hell-themed features. The additions include red liquid in the air bladder of each sole, a bronze charm with a pentagram attached to each shoelace, red embroidery of the number “6/666” on the body, an inverted cross depicted on each tongue, the words “MSCHF” and “LIL NAS X” embroidered on the back of either shoe, an outward-facing illustration of a pentagram on both insoles, and red embroidery of “LUKE 10:18” as a reference to a Bible verse about Satan falling from heaven. Further, MSCHF claims that the Satan Shoes have one drop of real human blood in each sole. Only 666 pairs were made available at $1,018 per pair, and the line is now completely sold out. The Satan Shoes launch also occurred in the wake of Lil Nas X’s newest single, “Montero (Call Me By Your Name),” which received backlash itself due to the music video’s imagery of hell and depiction of the rapper as the devil.

Despite MSCHF’s dramatic modifications to the Air Max 97s, Nike’s swoosh logo remains prominently displayed on the Satan Shoes. The stunt product is not the first of its kind for MSCHF, which also offered a line of limited-edition “Jesus Shoes” in 2019. Those shoes consisted of a white pair of Nike Air Max 97 sneakers modified by MSCHF with custom stitching and water allegedly from the River of Jordan. Interestingly, however, Nike did not object to the Jesus Shoes.

This case is Nike, Inc. v. MSCHF Product Studio, Inc., Case No. 21-cv-1679, in the United States District Court for the Eastern District of New York. The image above is provided by Nike in the official complaint.

On March 2, 2021, a Texas jury ordered Intel to pay VLSI Technology LLC $2.18 billion in damages for patent infringement, one of the largest patent awards in U.S. history. The two patents at-issue are directed towards methods for increasing the power and speed of computer chips, and have a history of switching corporate hands. Before reaching VLSI, the patents-in-suit were owned by NXP Semiconductors Inc., a company that branched off from Philips, and Freescale Semiconductor, another company that spun off from Motorola. NXP acquired the patents when it bought Freescale, and they were transferred to VLSI in 2019.

Intel maintained at trial that it did not infringe the subject matter of the patents, but rather had invented its own techniques to improve chip performance. However, the jury decided otherwise and returned a verdict in favor of VLSI. Intel strongly opposes the outcome, plans to appeal, and maintains that VLSI has no products or sources of revenue aside from patent litigation. Still, Intel can breathe a small sigh of relief in the shadow of the massive judgment–had the jury found willful infringement, the judge could have increased the damage award up to three times.

Intel has dominated the billion-dollar chip industry for several decades. The damage award is reportedly equal to approximately half of Intel’s fourth-quarter profit and, while still up 23% on the year, Intel stock has fallen 2.6% since the verdict. On the other hand, of course, VLSI stated it is “extremely happy” with the result.

This case is VLSI Technology LLC v. Intel Corporation (Case No. 6:21-cv-0057-ADA) in the United States District Court for the Western District of Texas, Waco Division. 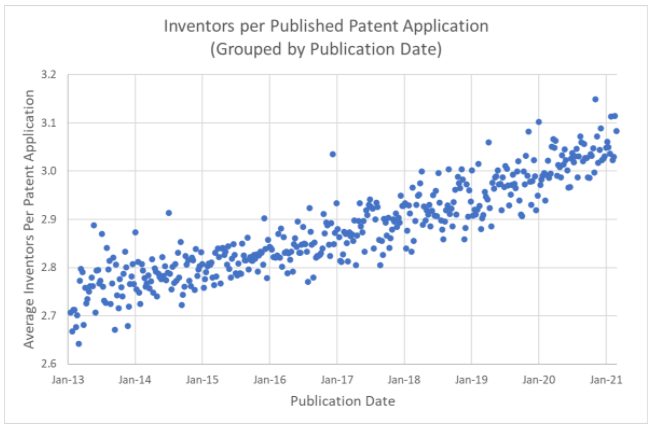