Intellectual Property in Your Voting 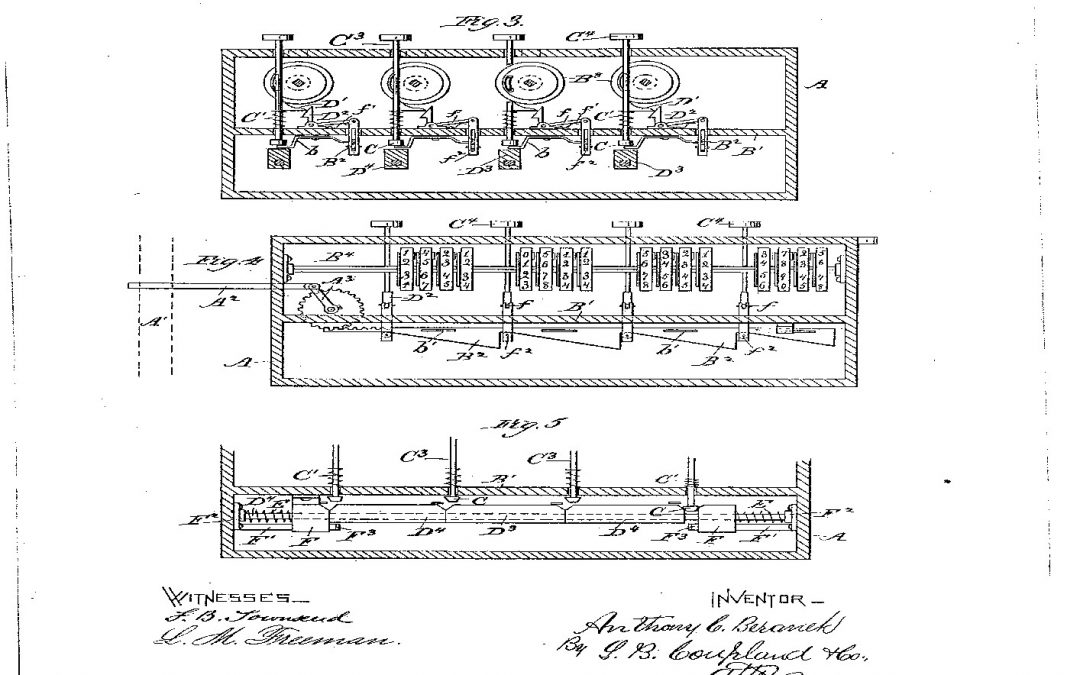 As mid-term elections embark, millions of Americans will rush to the voting booths to exercise on their Fifteenth Amendment Constitutional Right to vote. During this exciting democratic process, Intellectual Property will be all around them.  Historically, there have been ground breaking patents, which have helped shape the American voting process.  Some of the notable patents granted by the United States Patent and Trademark Office (“USPTO”) include as follows:

Patent No. 248, 130 for Voting Apparatus:  This patent was issued on October 11, 1881 having claimed “by means of this device all fraud is prevented and ballot-box stuffing is possible.

Patent No. 340, 218 for Combined Tally Sheet and Poll Book:  This patent was issued on April 20, 1886 having claimed that the book provides a readily accessible, accurate, and compact list of voters, candidates, and the numbers of votes cast for each candidate. 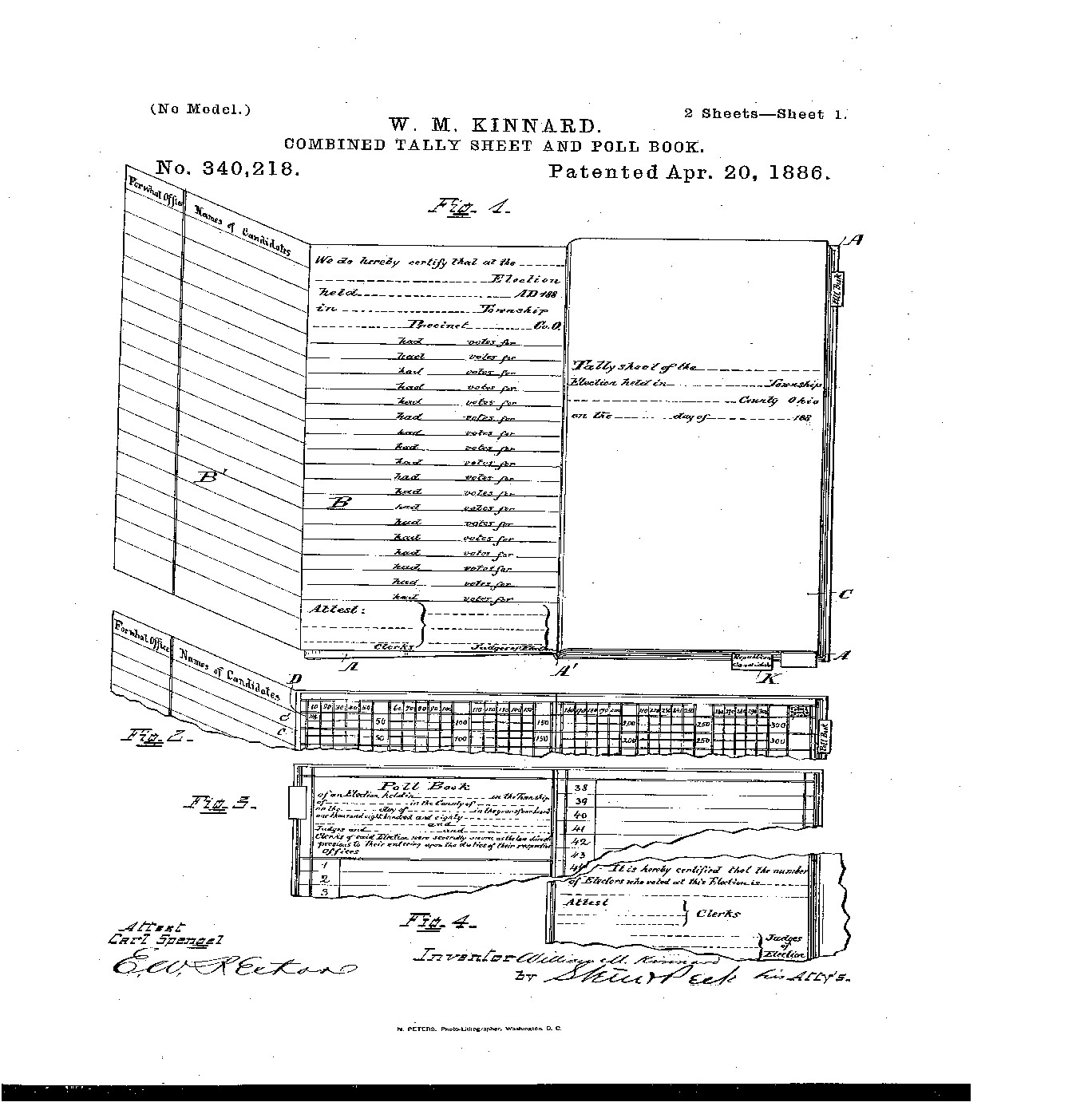 Patent No. 440,545 for a Ballot Holder:  This patent was issued on November 11, 1890 having claimed a roll of paper that allowed a voter to make a perforation for a candidate on the ballot. 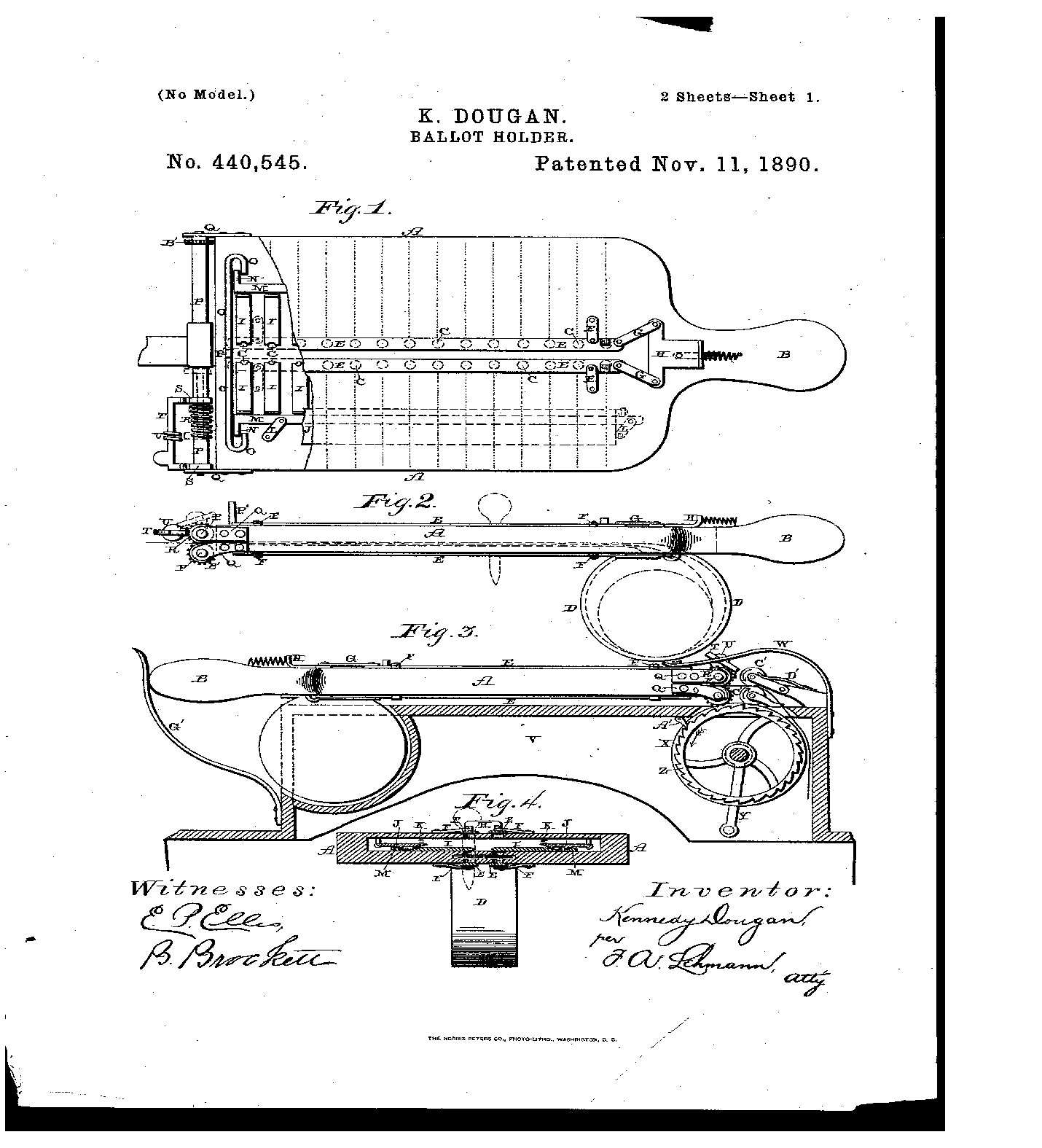 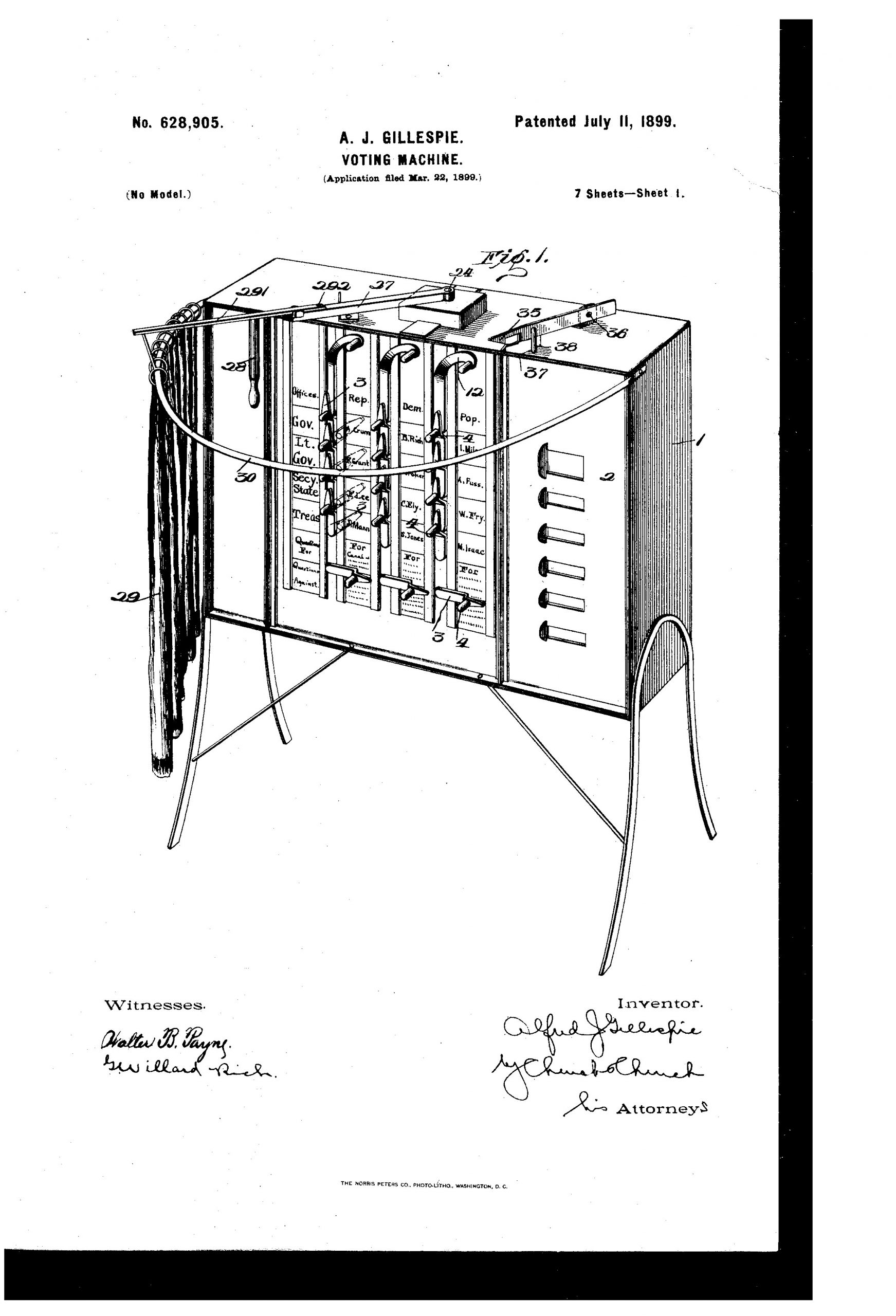 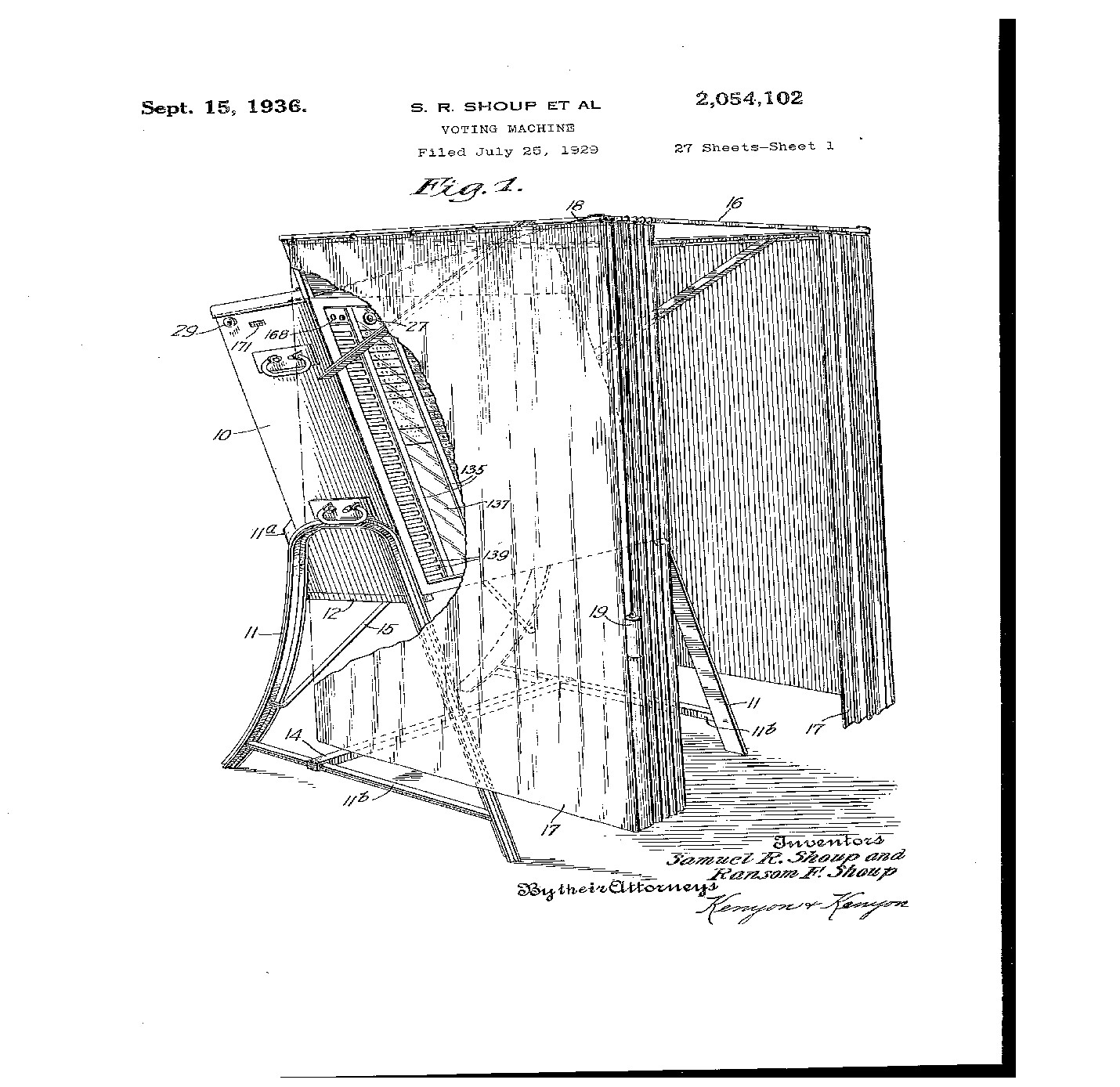 Patent No. 4,025,040 for a Voting Machine with a Punch Card Attachment: This patent was issued on May 24, 1977 for a machine that made a recording of each voter’s choice on a punch card for computer related recording. 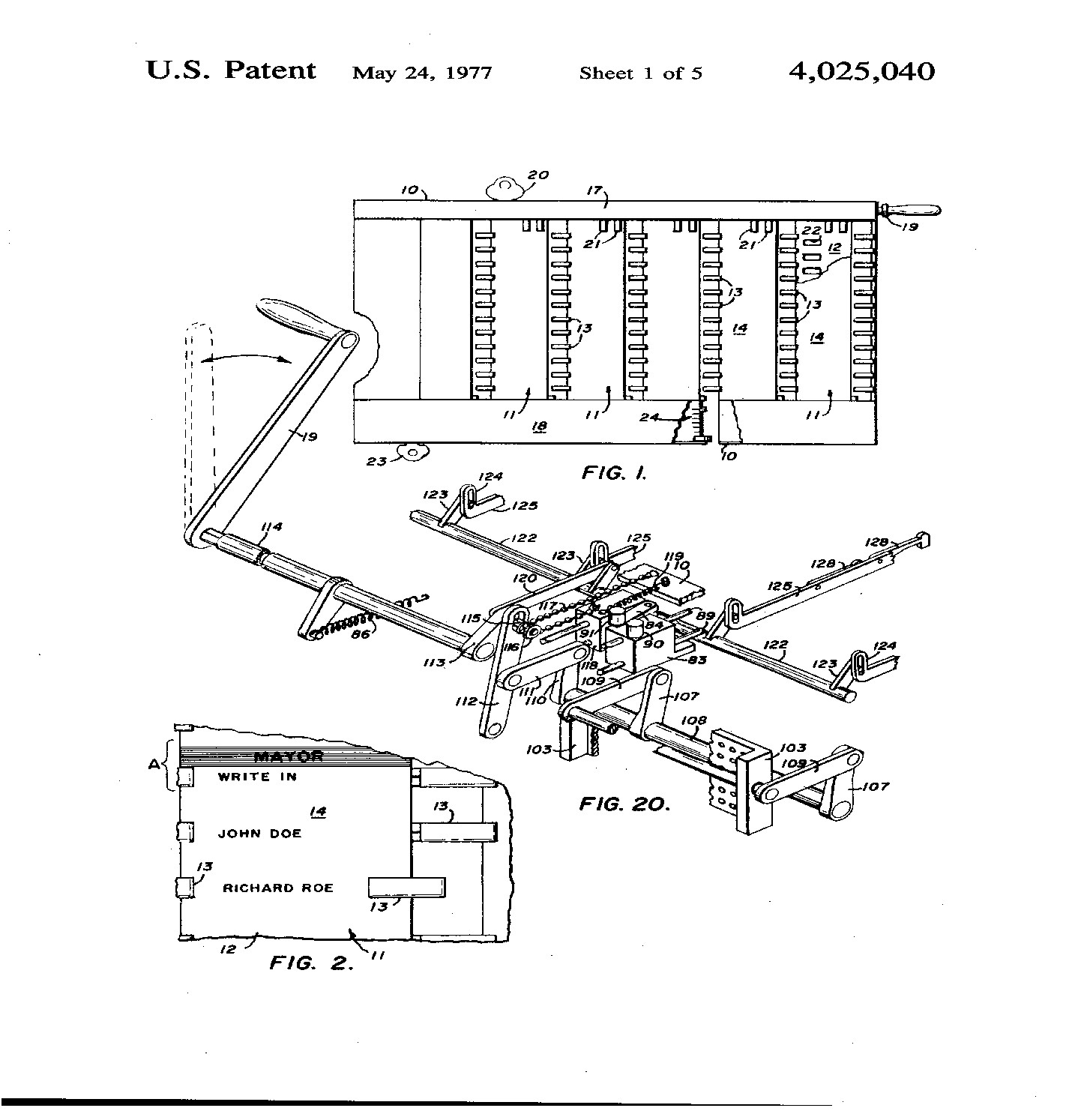 Patent No. 4,377,367 for a Mobile Voting Service:  This patent was issued on March 22, 1983 for having a mobile voting booth that could be driven to voters at various locations, especially for voters who were handicapped or unable to have means of transportation to get to a voting booth. 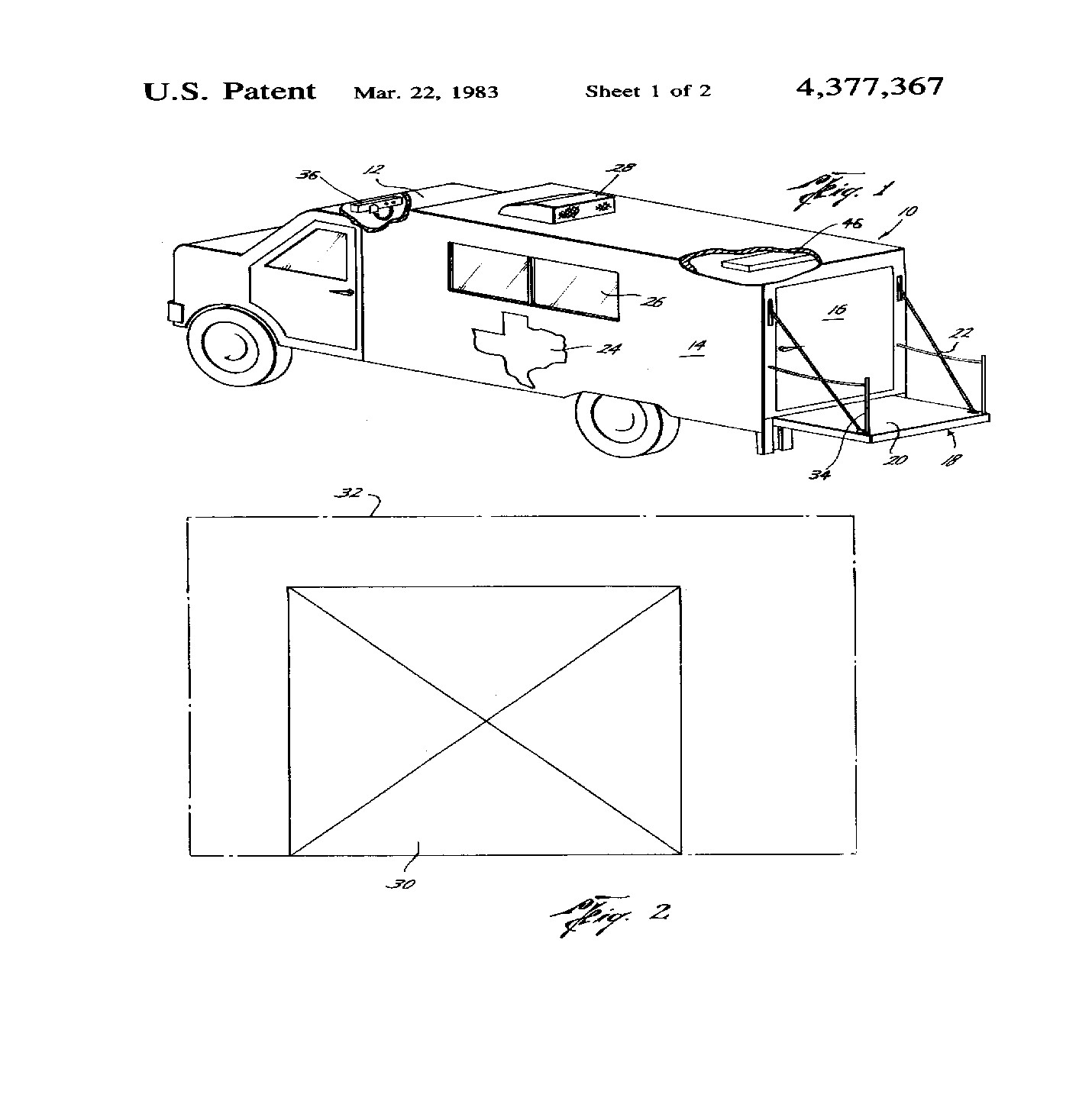 Patent No. 5,585,612 for a Method and Apparatus for Voting:  This patent was issued on December 17, 1996 having claimed an audio presentation voting machine  that provide illiterate, sight impaired individuals an opportunity to cast a vote in privacy without any assistance from another party. 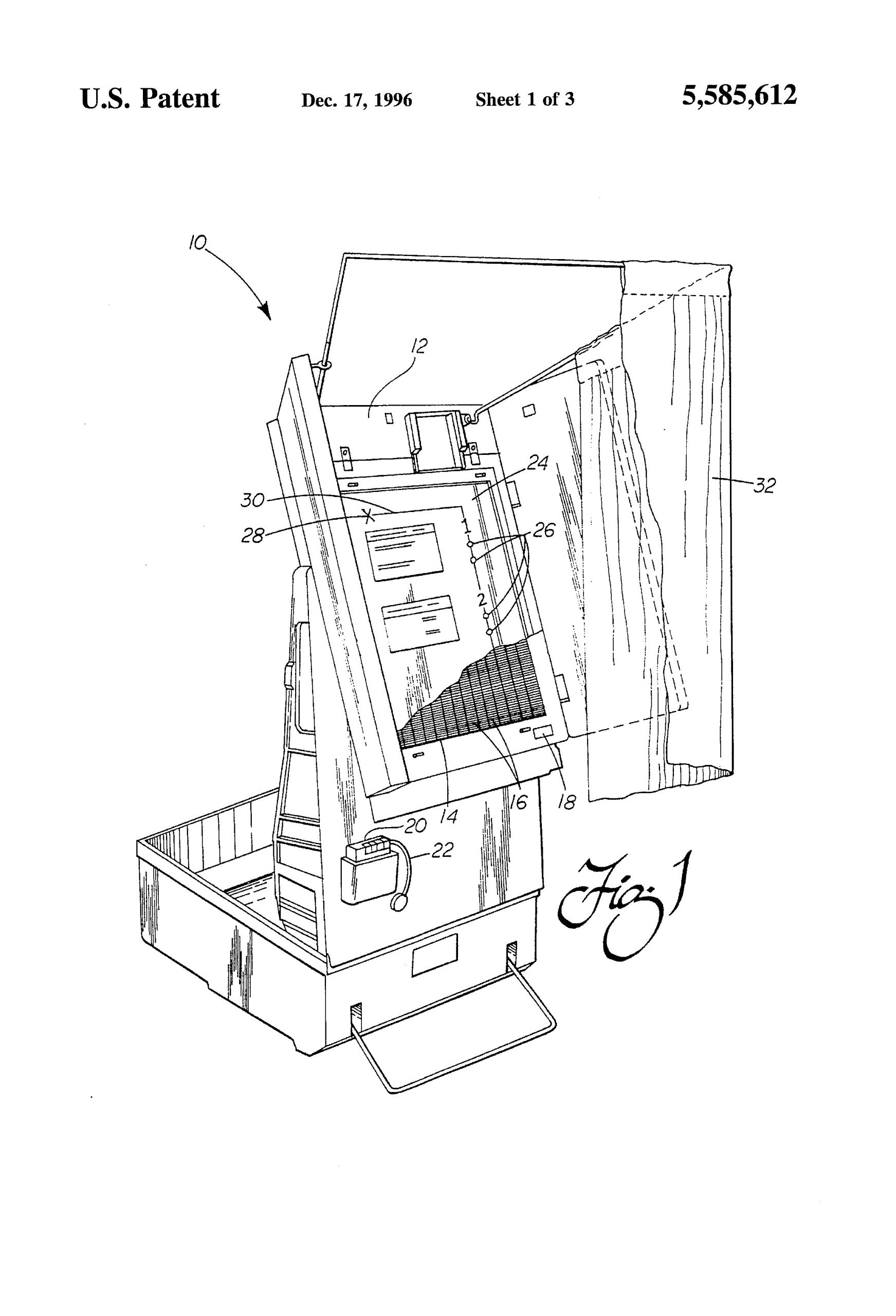 It is truly fascinating to see how intellectual property has and continues to play an integral role in the American democratic process, thus impacting the world.