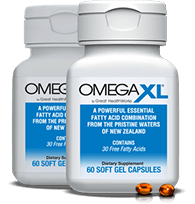 Earlier this year, Firm Associate, W. John Eagan, alongside the U.S. Marshals Service and City of Hollywood Police Department, participated in the successful execution of an ex parte seizure order against counterfeiters trading in illegitimate OMEGAXL® Omega-3 dietary supplements. Of grave concern, genuine OMEGAXL® is produced according to a patented methodology which results in a formula that is known to be free from shellfish allergens, and is relied upon by allergy sufferers to avoid severe reactions. Evidence seized during the raid, which caught the counterfeiters in the midst of their activities, included a cache of counterfeit products along with inchoate counterfeit products being assembled from generic fish oil capsules. Working from there, the Firm was able to resolve the case, resulting in an order awarding statutory damages of $400,000 to the favor of the registration owner.