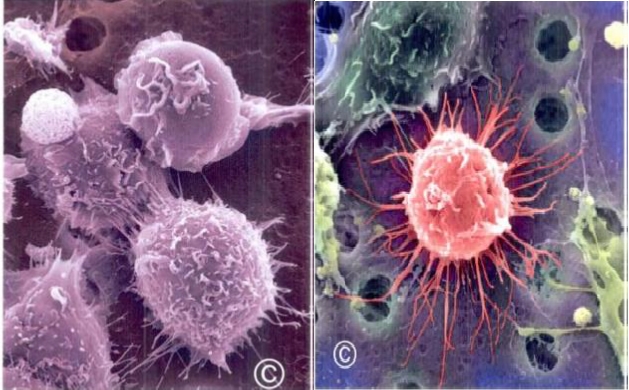 These pictures are worth more than just 1,000 words.  In August, the Third Circuit affirmed a jury’s return of a $1.6 million verdict for Andrew Leonard as a result of copyright infringement by Stemtech International.  The infringement stemmed from photographs that Leonard took of stem cells using electron microscopes in a highly technical type of photography.  The two photographs at issue were created in 1996, then registered with the U.S. Copyright Office in 2007, when he planned to bring the lawsuit.

In May 2006, the dispute began over Stemtech’s failure to provide Leonard the full $950 fee required for Stemtech’s magazine placements of his images.  Leonard had abandoned his collection effort for a balance of $450, until he discovered Stemtech’s unauthorized use in October of 2007.  He found his images on numerous Stemtech and Stemtech-affiliated websites and documented the unauthorized use.  Following attempts to demand Stemtech and distributors to pay him for the unauthorized use of his images, he filed numerous claims of copyright infringement.  Leonard was successful in showing direct, contributory, and vicarious infringement.

Particular to the contributory infringement claim, the Third Circuit determined the jury had a basis to find that Stemtech knew the images it provided to its distributors were copyrighted due to Leonard’s grant of a limited license.  Despite the knowledge of the limited license, Stemtech required its distributors to use the images Leonard owned to promote Stemtech’s products.  Therefore, Stemtech was found to have materially contributed to or induced their infringement.

Leonard was also successful on his claim for vicarious infringement because a jury found Stemtech profited from the direct infringement without exercising its ability to stop or limit it.  The jury could have found that Stemtech profited from the infringement because it could be inferred that the photographs drew customers to buy the product from Stemtech official’s testimony.  Moreover, the evidence of Stemtech’s financial and contractual relationships with its distributors provided a basis for the jury to find Stemtech had the ability to supervise or control the infringement.

Overall, the Third Circuit concluded that the jury had grounds to award Leonard on the theories of contributory infringement and various infringement, the jury award was not unconstitutionally or grossly excessive, as well as that the district court properly decided issues concerning expert testimony, attorney conduct, evidence, and fee disputes.  Furthermore, the Third Circuit vacated the district court’s denial of Leonard’s request for prejudgment interest.