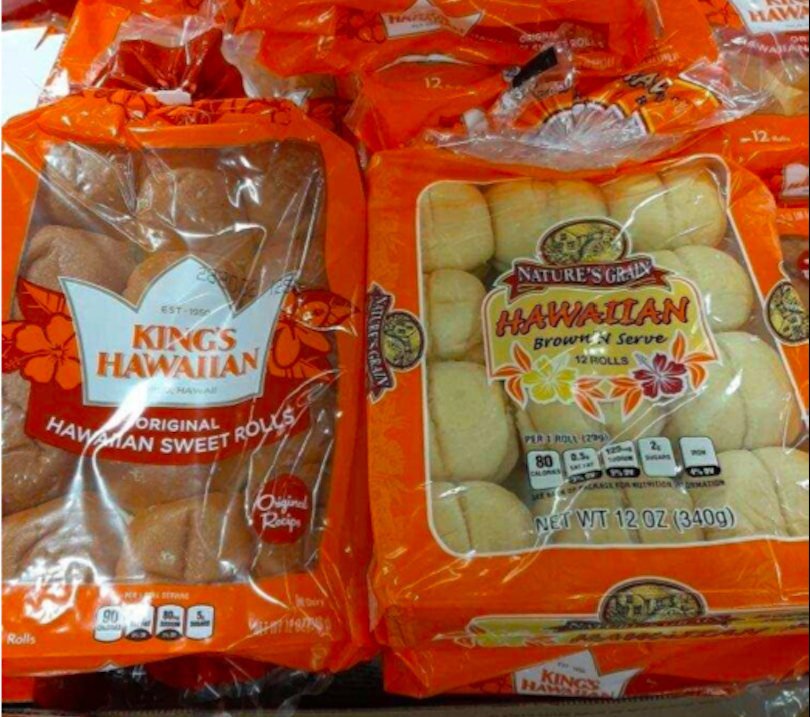 In its complaint, King’s Hawaiian Bread Co. alleged it first started selling sweet rolls and other baked goods in the 1950s in Hilo, Hawaii. King’s Hawaiian Bread Co. further alleged that the first 12-pack of Original Hawaiian Sweet Rolls was introduced in 1983, and that the Packaging Trade Dress (seen below) has been used since at least the early 1980s. King’s Hawaiian Bread Co. described its sweet roll packaging trade dress as follows: (1) the prominent use of the color orange; (2) on the front of the package a clear window, with the color orange as the primary element around such clear window; (3) within the window, a light-colored element with contrasting writing; and (4) on the light-colored element, no word appears in larger font than the word “Hawaiian.”