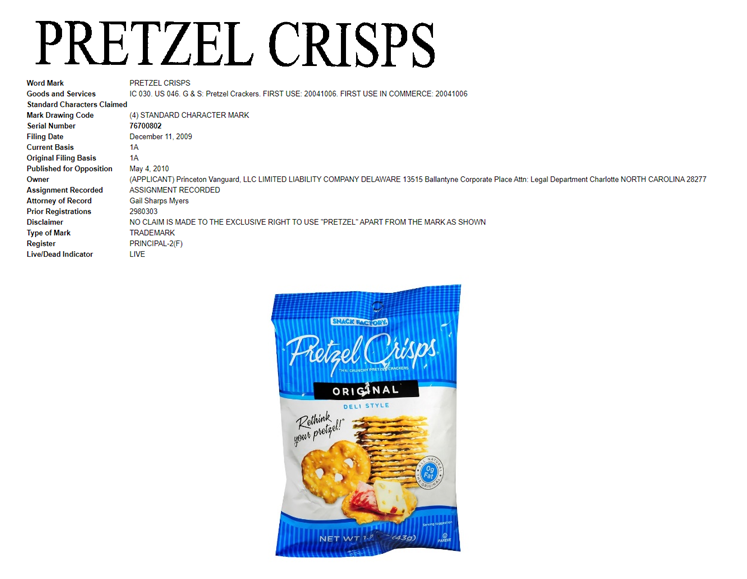 Princeton-Vanguard appealed to the Federal Circuit, which reversed the TTAB’s decision for application of the incorrect legal standard (but did not address the parties’ arguments). However, the TTAB reached the same conclusion on remand. Instead of appealing once more, Princeton-Vanguard filed a civil action in the Western District of North Carolina seeking review of the latest TTAB decision. While the Court acknowledged that Princeton-Vanguard’s product is “hugely successful,” it ultimately decided that “PRETZEL CRISPS” is generic and therefore not registerable.